Sea Turtles – What To Know About Our Favorite Snorkeling Buddy

Sea Turtles – What To Know About Our Favorite Snorkeling Buddy 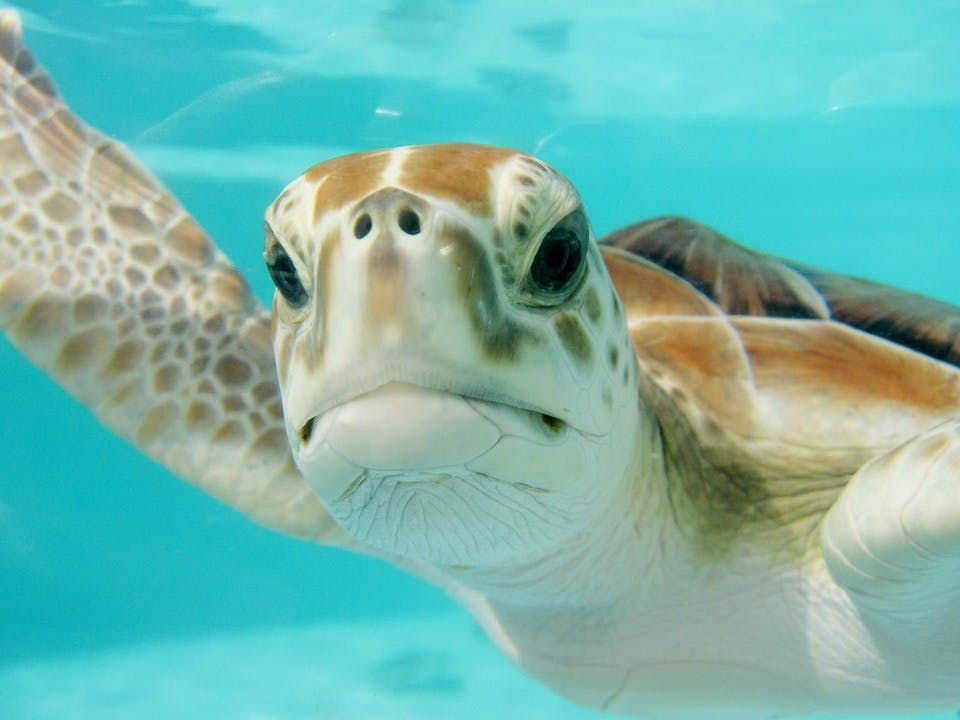 Observing sea turtles in nature is an amazing, must-do experience, and in the Virgin Islands there are a lot of opportunities to enjoy these big goofy reptiles in their natural habitat. Seeing animals in the wild can sometimes be a nerve-wracking experience, and because of that we want to make sure we provide you with as much information as we can to ensure that you and our flippered friends are safe and have fun!

What You Should Know to Keep These Creatures Safe

Feeding sea turtles supplemental food like chopped up fish or chicken, dog food, hot dogs, or bread doesn’t seem like a huge deal to some, but realistically it can cause a lot of long term problems. In areas where it is common for human visitors to come bearing these kinds of foods, the turtles are nearly three times larger than turtles coming from areas where their natural diets are uncompromised.

From an outside perspective, large turtles seem like it wouldn’t pose a huge threat to the species, but these turtles are actually at risk for a variety of health conditions such as liver disease or cardiovascular issues. Studies also show that feeding the turtles puts them at a higher risk of boat strikes and injury because they learn that humans are a source of tasty snacks and are more likely to attempt to make contact with them.

Let the turtles find their own food, it’s their instinct. Plus, watching sea turtles feed in their natural habitat is so much more fun!

Aside from it just not being polite, it is also illegal (in the Virgin Islands and many other areas) to touch a sea turtle under the protection of the Endangered Species Act. Under this act, any endangered species is protected against touching, riding, pursuing, harming, or otherwise altering a turtle’s behavior, and any violation of this act can result in a hefty fine. In the same way that you wouldn’t want a random snorkeler to swim by and touch you, keep your distance from the turtles.

Sorry everyone, that means no turtle rides!

If You Relax They Relax

The more you chase the turtles or try and put cameras in front of them, the more annoyed they get with you. Do you ever hang around things that agitate or overwhelm you? If you stay as motionless as possible the turtles will be more likely to keep doing their thing and allow you to watch from a distance.

Put your newfound knowledge to the test when you swim with the sea turtles on your next trip to the USVI. Cruz Bay guarantees turtle viewing on our Turtle Picnic Snorkel or your next trip is free! Book now in St. John or St. Thomas. 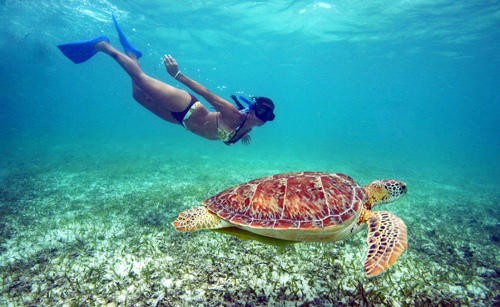